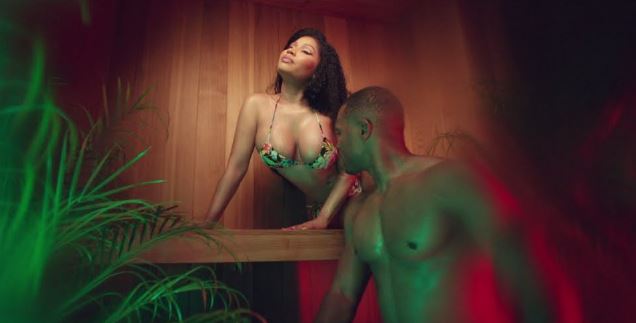 Nicki Minaj dropped Queen last year and though it went down as a great album for most, fans felt that some of the controversy that continued, like taking shots at Cardi on Queen Radio, took away the shine from it.

But that all died down and Nicki made it about the music again, releasing remixes of ‘Drip Too Hard‘, ‘Going Bad’ and ‘Thotiana‘. That was in February and since then, she’s done a handful of features but last week came the announcement that she was going to be releasing a new song called ‘Megatron’.

Tonight, the new Dancehall inspired single is out along with the accompanying music video where the sexy rapper is baring a lot of skin. You can watch it below.