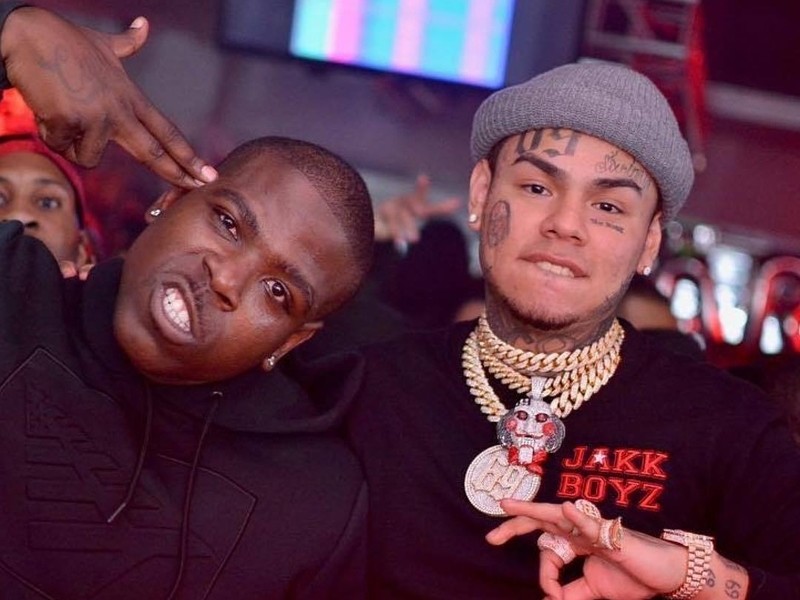 The old heads appreciate the unity among New York rappers.

While one of Tekashi 6ix9ine’s beefs continues to escalate, an other, more potentially violent, beef seems to have come to an end, as Tekashi and Casanova have finally set aside their differences and ended their feud.The two of them posted up together outside club LoveLust in New York, in a video posted on Tekashi’s Instagram. In the caption, Tekashi brags about keeping all his teeth, and how New York is about to be a problem now that the two of them are friends.

In a surprising show of support, some older rappers have weighed in on the situation, and have nothing but praise for the two young emcees. Meek Mill, who since his release from prison, has become a crusader for social progress. He went onto Instagram to congratulate the two of them for ending their feud, saying “Having a conversation is apart of being thorough never forget that! Kill all that us on us shit! #brooklyn.”

Some New York rappers also praised the two of them. Fat Joe said, “Love this,” and even 50 Cent, who is more than willing to star beefs of his own, enjoyed the sight of 6ix9ine and Casanova together. “The little homies good now,🤨l love this,” 50 wrote on Instagram. “Shit Yal was making it hot,LOL 😡get the strap”

It seems that Tekashi may finally be learning that beef isn’t as cool as he thinks it is. Though chances are we’ll be getting a new one from him by this time next week.

Having a conversation is apart of being thorough never forget that! Kill all that us on us shit! #brooklyn

The little homies good now,🤨l love this. Shit Yal was making it hot,LOL 😡get the strap

Meek Mill ft Chris Brown – All I Wanna Do

Rick Ross Threatens Drake & Sticks Up For Meek Mill Rick Ross has had a musical relationship with Drake. Which made it awkward for him when his MMG artist Meek Mill started trouble with Drizzy last year […]

50 Cent Visits Troy Ave In The Hospital Following Shooting Troy Ave had a really rough Christmas. The Brooklyn rapper was shot twice while driving his Maserati to see his family yesterday afternoon. But he […]