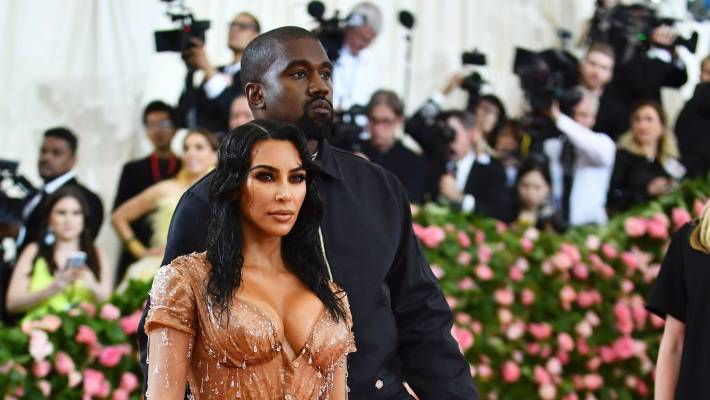 The news broke in January that Kanye West and Kim Kardashian were expecting a fourth child via surrogate in “very early May” and that it was going to be a boy. Earlier tonight, Kim took to her Instagram account to reveal that the child has been born and that his name is Psalm West. The text thread with Kanye also implies that he was born on Mother’s Day.

Check out the post below. Congratulations to the family!

Kim Kardashian West and Kanye West finally made public the name of their fourth child, more than a week after they welcomed the baby via surrogate.
Welcome to the family, Psalm West.

Kim Kardashian West and Kanye West finally made public the name of their fourth child, more than a week after they welcomed the baby via surrogate.

“Psalm West,” the reality star/mogul tweeted Friday.
She tweeted an image of what appears to be a series of Mother’s Day texts and a photo of Psalm from her husband.
“Beautiful Mother’s Day. With the arrival of our fourth child. We are blessed beyond measure,” the texts read. “We have everything we need.”
Psalm joins sisters North, 5, and Chicago 1, and brother Saint, 3.
It looks like Kanye’s Sunday Service may have influenced the baby’s name. The rapper/producer/entrepreneur has been hosting weekly musical worship services that are open to all faiths and are invitation-only. He and a band perform outdoors and are reportedly surrounded by celebs including Katy Perry, Orlando Bloom, Courtney Love and rapper DMX.
There had been plenty of interest about the baby boy’s name but the couple have a history of waiting a few days before revealing their children’s names.