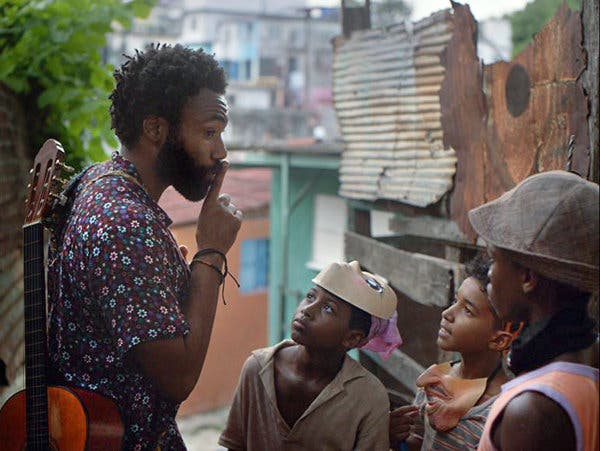 Childish Gambino aka Donald Glover shot his new film Guava Island with Rihanna in Cuba last year, directed by Hiro Murai (‘This is America’, ‘Atlanta’) but the details around it have been kept under wraps.

A few days ago, it was announced that the film will have its debut at Coachella festival this weekend. On Thursday, it played on the festival grounds for select audience. The one hour long film stars Glover as a musician named Deni who wants to put on a music festival to try to unite the people of his island. Rihanna stars as his girlfriend, Kofi, with Letitia Wright (Black Panther) and Nonso Anozie (Game of Thrones) in supporting roles. The film will also feature remixes of some of Glover’s songs

So how can fans who don’t attend the fest watch the film? Guava Island will premiere on Amazon Prime on Saturday, April 13th at 12:01 AM PT, just after Childish Gambino’s set ends on Friday night. It will also be streamed for one time only at 5 PM PT on Saturday via Twitch, and simulcast on Coachella’s YouTube Channel.