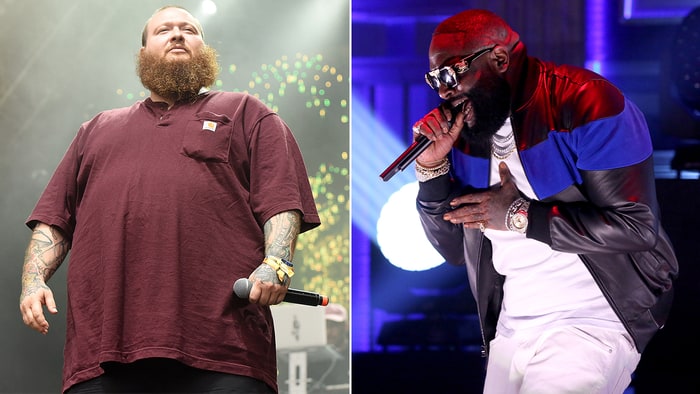 Action Bronson shares another track from his upcoming LP.

Action Bronson’s upcoming album isn’t overloaded with guest features, but the most appetizing name on the menu is definitely Rick Ross. Before Blue Chips 7000 arrives this Friday (August 25), Bam Bam heats things up and serves out his heavyweight collaboration with the MMG bawse. This is the third installment in Bronson’s “9.24” song series, and it doesn’t disappoint.
The rapper will be dropping his much-anticipated new album Blue Chips 7000 this coming Friday (August 25th) and with three singles from that project already available to the public, Bronson is adding a fourth to that group, debuting “9-24-7000.” The new song follows “Durag vs. Headband,” “Let Me Breathe” and “The Chairman’s Intent,” the latter boasting a kick-ass, VHS-style music video that featured some hilarious.

Speaking of sensory experiences, Action Bronson is also wading into the world of cooking instruction with his new book titled F**k, That’s Delicious: An Annotated Guide to Eating Well. It features some delectable recipes from the big man that range from the traditional, like chicken parm, to other creations that, like Bronson, are a little more off-the-wall. In any event, you’re going to want to pick yourself up a copy if you enjoy things that taste good.

Rick Ross – She On My Dick Remix Ft Meek Mill, Young Dolph & Bruno Mali MP3 Download Rick Ross released his latest album Rather You Than Me earlier this year to a solid response. […]